As part of a class at the Keweenaw Family Discovery Center, I was able to build my own computer from start to finish. First by choosing the parts with pcpartpicker.com, ensuring they were compatible together, and then building it myself. A year later, an advanced computers class was created where we built 2 more computers and fixed problematic ones.

after installing the graphics card

it's not pretty, but it works

So the FRC team that I'm a part of publishes announcements to an email list and I thought it would be cool to have a discord bot that would take those email announcements and repost them in a team discord server. So I made that. 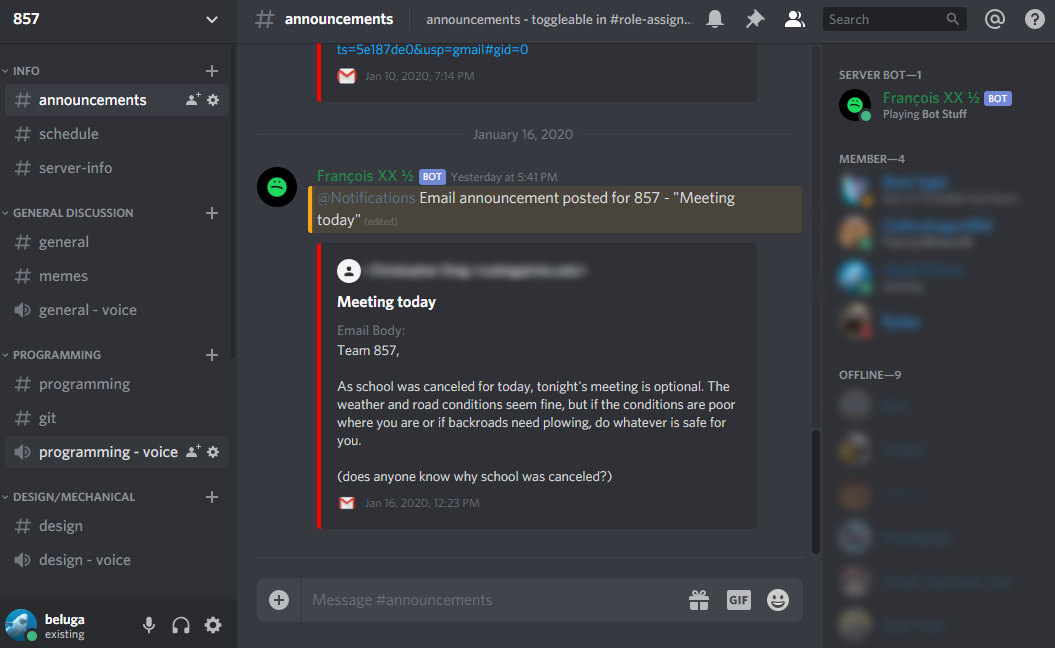 So one day I was bored and thought "hey, wouldn't it be fun to make a discord bot?", So I learned how to setup a bot account and how to use the JDA wrapper so I could program it in Java because that's the language I'm most familiar with and got it running on one of my Pis.

It can filter messages, assign roles, prevent spam and all that kinda stuff, so that was fun.

Currently it's not public, but the source code is on my github if you wanna check it out for whatever reason.

Sometimes I use my web server kinda like a file server and I was lookin at the default index pages that apache generates and I was like "that's sorta ugly". So I wrote a program that generates index pages for directories on the server. That's it. It just goes through and shows all the files in a nice little tree. 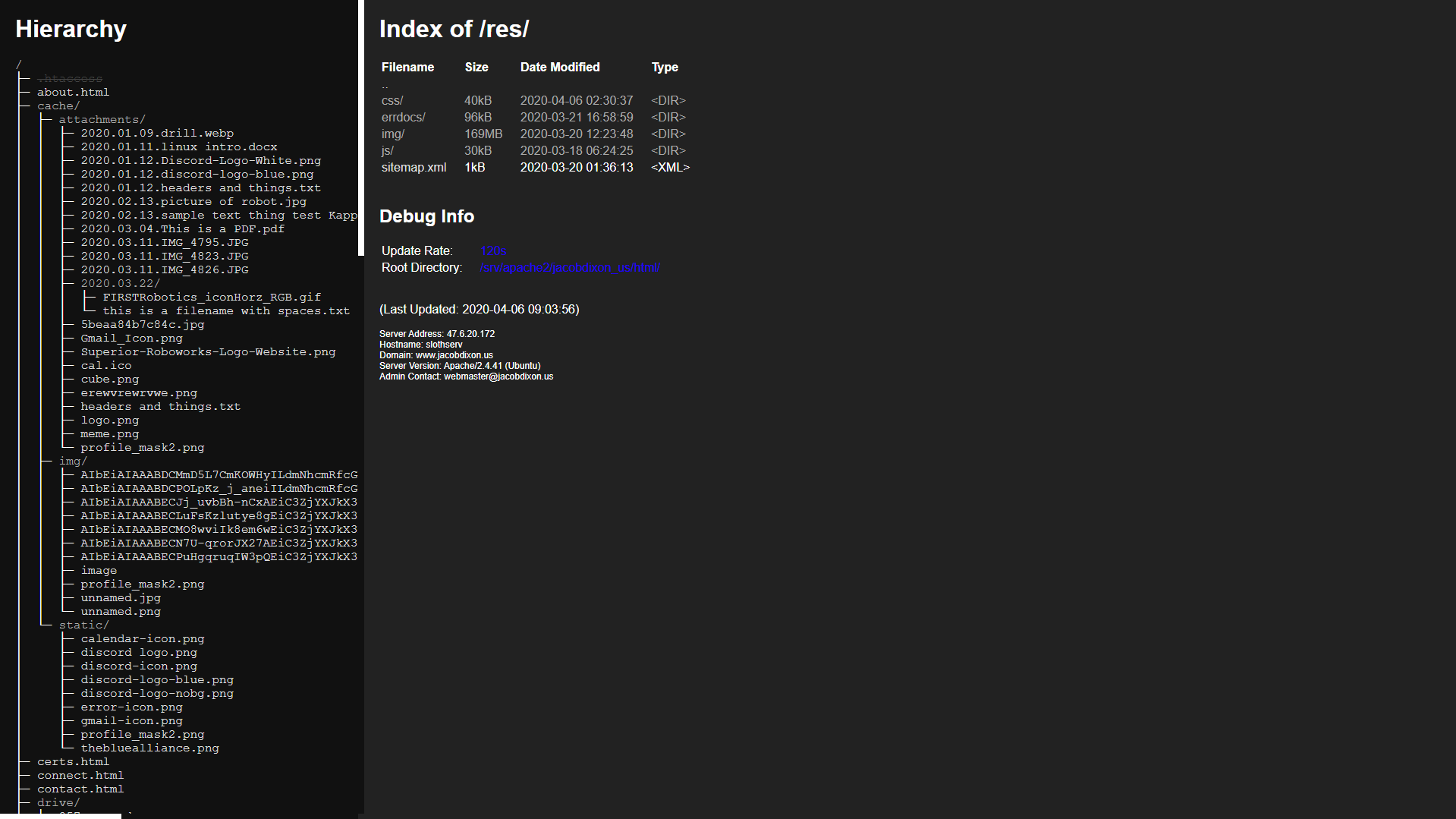 Okay, so like most of my ideas, it started when I was playing Rainbow Six: Siege thinking about better things I could be doing with my life after losing 4 ranked matches in a row. I always wanted to make a website where I actually tried to make it look decent so that's what I did. Didn't really work out, but eh, better than nothing. Originally, I planned to recreate the website I had made for a school project, but I got a little carried away. I also decided to host it on a Pi because the whole LAMP squad was already configured on it so why not.

idc if you gotta wait 30 seconds for an image to load, I'm not setting up an aws instance for something i already did, im lazy. also, if that isn't the cutest server setup ever idk what is.

literally just a picture of htop running on my pi

yes that's a PS4 being used as a shelf

For Copper Country Coders 2019 we moved away from just software and started to look at what's going on at a lower level, programming in Verilog running on FPGAs.

And, after almost 6 years, this will be my final year attending the CCC program.

For Copper Country Coders 2018 we focused on the process of working with teams and using a version control system, like in the actual field of game/software development while making a 2D game in Java. We did the baseline stuff together and later broke off into groups like mechanics, map design, map loading, physics, and UI/UX. At first I was in charge of UI, but eventually I moved to physics and mechanics and then after that I started doing pretty much anything needed.

In the end, when looking at the contributor stats on GitHub, I was responsible for ~14,000 of the ~15,800 lines of code modified, in addition to most of the functionality, so yeah, I would say it did do a good job simulating working with a team.

Unfortunately, that also means I'm responsible for pretty much 100% of the issues in the game, so...

GitHub contributor insights bc why not

For Copper Country Coders 2017 we worked with Android Studio to make android apps in Java. Initially we made a few simple apps like a calculator and caesar cipher encoder/decoder, then we split off to work on individual projects. I decided to make a simple paint app for mine.

It's very limited in functionality but it does the basics, you can draw, choose between a few colors, and erase stuff.

For Copper Country Coders 2016 we made mods for Minecraft. First we went over the basics of Java then how Minecraft mods work and how they're structured, then we each made our own mod adding whatever we wanted.

For Copper Country Coders 2015 we did animations and simple programs with Processing, I think...

Back when the only version control we used was google docs

CCC BASIC Programming (get it?)

For Copper Country Coders 2015 we did introductory programming in BASIC and I think also some HTML stuff.

And if I remember correctly, that was the first year I joined CCC.

one of the BASIC programs we made, circa 2014

idk, these are a few pictures i've taken